Flying Drones at the Airport

We get this call all the time – “I need to do a drone project and I want to use you guys but we are two miles from the airport so we are going to have to figure something else out, right?”

It is awesome that folks are finally realizing that all drone operations need to consider the fact that we share the airspace with others and that airports and the area surrounding airports should be completely off limits to all but the most reputable and knowledgeable commercial operators. Safety needs to be everyone’s first concern when working with drones!

THE DRONEBOY TEAM FILMS JAGUAR COMMERCIAL RIGHT AT THE AIRPORT

Can drones fly legally and safely near or even at an airport? Absolutely! How difficult is this? This will all depend on who you choose to do your drone work, their level of experience, the airport in question, the time of day and the context of the project being filmed. If you are hoping to have your director fly his own DJI Phantom to shoot a low budget music video out on the active runway at Toronto Pearson (CYYZ) then you are still going to be completely out of luck and rightfully so! The large, busy class B and C airports have heavy jet traffic all day long and they are NOT going to be at all interested in messing up their operations for anything but the biggest productions with very deep pockets and a lot of influence. Think big budget Tom Hanks movie scale and even at that level, they will probably want you to shoot after hours or during a very slow time of day if they go for it at all…

A better location choice for anyone who needs that airport look is one of the smaller class D, E or G airports that are scattered all over the place. These facilities are more geared towards general aviation and they are very much open for business. A lot of these smaller airports have multiple runways as well as big planes, hangars and “airplane stuff” for that airport look and feel without all the hassle that would be required to fly at a large airport. At DroneBoy we have shot a lot of car commercials, airplane flying sequences, corporate videos and, ironically, plane crash scenes at airports over the years. 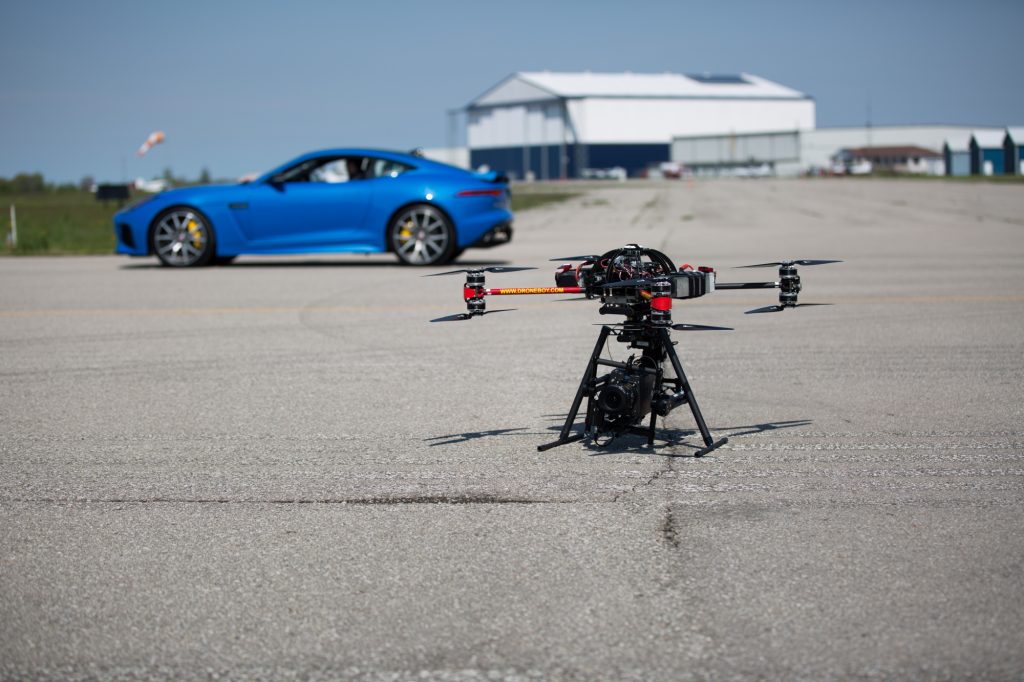 One thing that has really helped keep that airspace safe around airports lately is the new DJI geo fencing feature. Drones use GPS to fly and maintain stability in the air and if that same GPS system senses that the drone location is at or near to an airport then the unit will not fly. Luckily, commercial drone operators like us can apply to override this safety feature when we prove that we have the legal permission and paperwork in place to fly in the geo fenced areas.

This geo fencing feature is great because it keeps uneducated idiots from risking hundreds of people’s lives filming with drones and doing ridiculous stunts way to close to airplanes like this guy. Me, I fly airplanes and drones and I feel that this irresponsible drone operator should go to jail for a long time!

THIS IS AN EXAMPLE OF HOW TO NOT FLY DRONES AT OR NEAR THE AIRPORT – DO NOT DO THIS EVER!!!!!

Here are some of items that need to be considered when you are thinking about hiring a drone team to work at or near an airport:

• Hire a reputable, commercial drone operator with a valid S.F.O.C. Never attempt to do it yourself or use an inexperienced team.

• Make sure your drone team know and understand all the complexities, rules and safety considerations around aviation, airports and airspace. There is a lot more involved in flying at or near an airport and this needs to be considered. At DroneBoy we fly airplanes and drones so we have an intimate knowledge of everything that is required. Having this valuable experience makes the airport managers and staff far more responsive when they are considering the possibility of allowing drone ops at their airport.

• In most cases it is best to have your drone operator be the first contact with the airport and the regulatory bodies (Nav Canada, Transport Canada) as we speak the same language of aviation and this will facilitate a better working relationship right from the start. At DroneBoy we have developed relationships with several airports in southern Ontario so we have a level of trust having flown at their facilities already.

• Schedule more pre-production time so that that drone operator has the time required to get all the appropriate clearances and permissions. Certainly when working at airports there will be a few more hoops to jump through and this will take a little more time. Plan accordingly.

• Budget a little more time into your shoot day schedule for safety and security briefs, logistics and transportation. A day on set at the airport will not be as efficient as a normal day.

• Always keep in mind that this is “their turf” and that drones are still relatively new and are still considered a threat to aviation. We need to tread very lightly and show the community that drones can be operated responsibly in shared airspace and that we deserve to be there when we play by the rules and do it right. 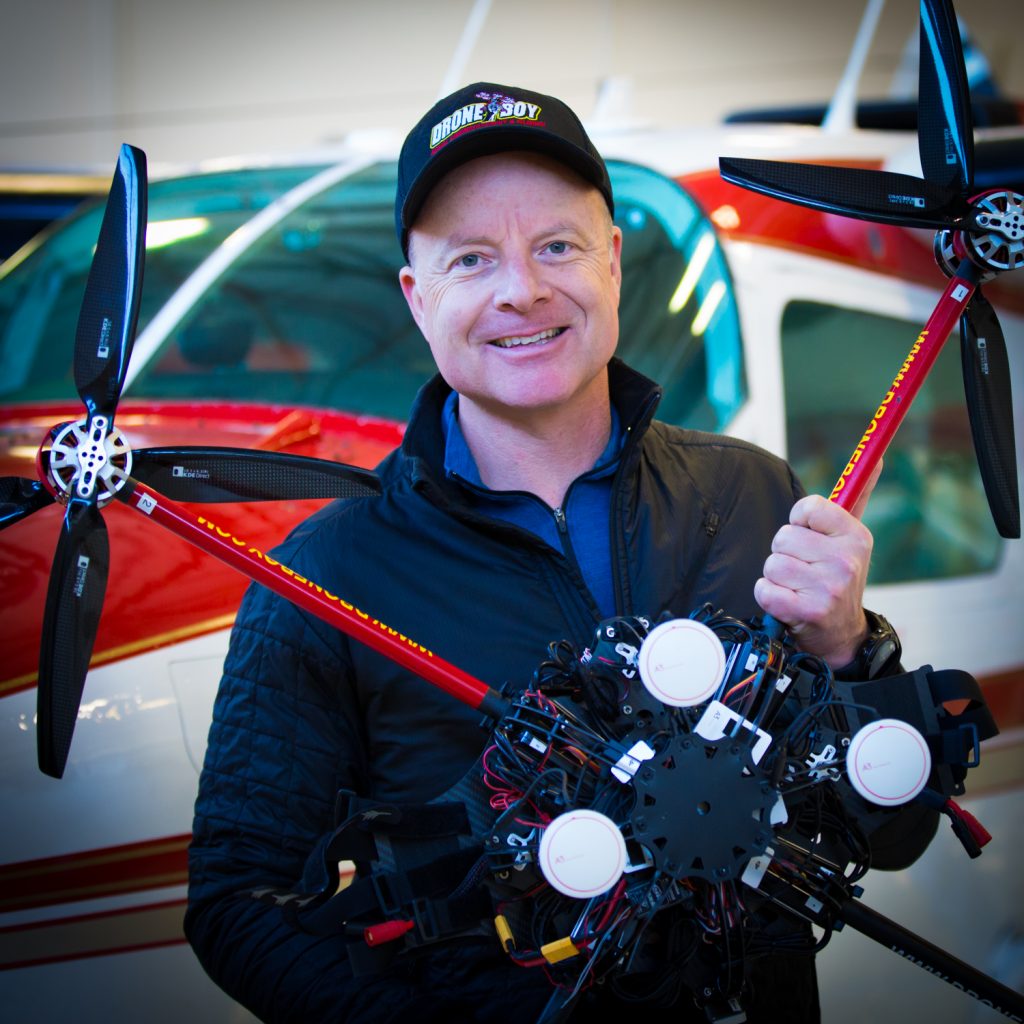 Every situation and location will be a little different and there will certainly be times when shooting with a drone at or near an airport won’t be possible. However, most of the time it is completely realistic, legal, and safe when it is done by the right team the correct way. Contact us today if you want to learn more.