Every year the DroneBoy team works on at least couple dozen car commercials.  Drone based aerial cinematography has become an absolute necessity for many genres but nowhere is this more prevalent than in car commercials.  The truth is, nothing shows off the elegant beauty of an automobile quite as well as the perspective that we can capture from one of our drones chasing a beautiful new model, perfectly detailed car driven by beautiful people down a picturesque stretch of highway on the perfect day with no traffic.  It looks great and it makes you want to buy one, right!

However, if all car commercials are basically doing the same thing, how does a marketing team set their product apart?  With razor sharp demographics, a truly original story and a sense of humor and play, that’s how…  Oh, and you still do the part where you chase cars around with drones but you do it in new and creative ways that will get your audience’s attention.  All this and more is exactly why the 2018 Subaru Crosstrek commercial was so successful and continues to do so well and get airtime a whole year after it was created which is a long run for any one commercial. 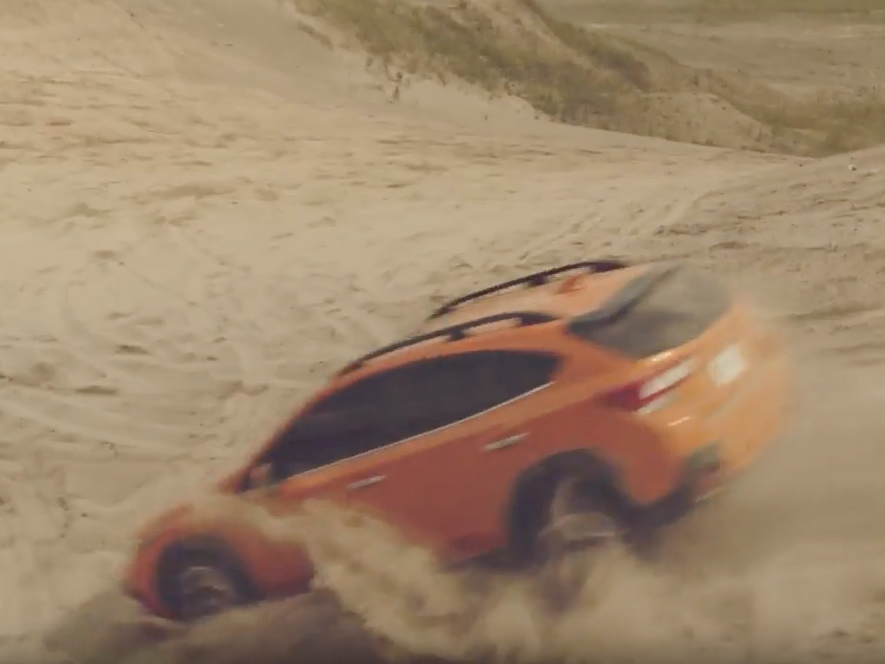 When DroneBoy was brought on board to work on this project we knew right away that it would be different. There were no epic, beautiful (but normal) cars on road scenes in the storyboards and in their place was a bunch of dogs at the dog park… only the dogs were cars, not dogs – get it?

I have to admit that we didn’t get it at first either but the amazingly talanted Director, John Mastromonaco and one of our favorite DP’s, John Houtman drilled this mantra into our heads for the duration of the shoot, “you are a dog”, “think like a dog”, “be the dog!”… The drone was not supposed to be that omniscient, all seeing perspective from above but rather we were the shot from inside another dog’s head running around at a dog park.  Our moves were to be fast and a bit disjointed, the edits would be quick and we were supposed to run (fly) around like dogs playing and… in the springtime at the dog park. Brilliant idea!  And the very best part of it all is that it really worked! 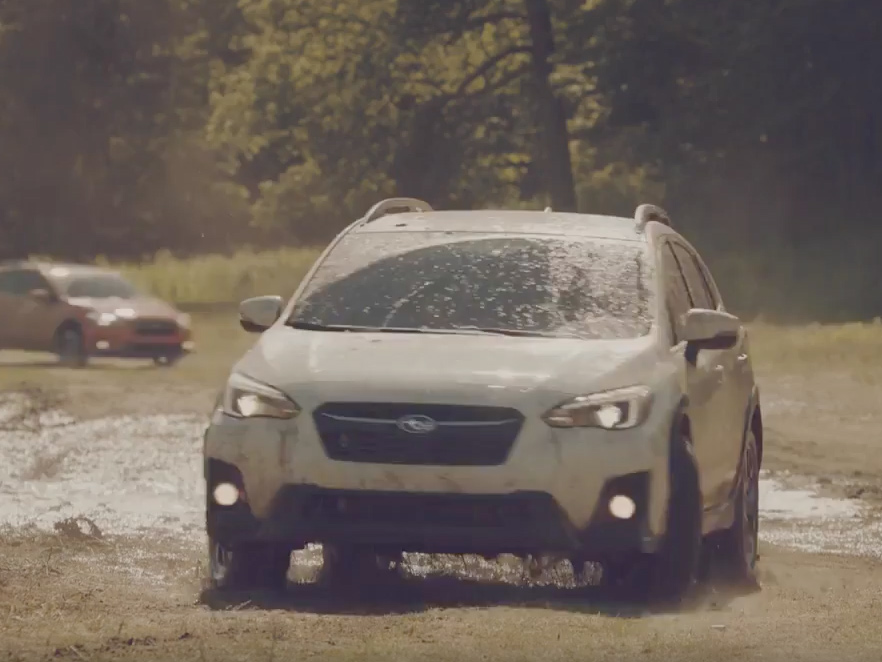 That commercial still gets played all the time.  If I am out at a party or anywhere talking with people and the “what do you do for a living” comes up what I used to have a difficult time explaining it so that people “got it”.  I usually try to offer some real-world examples of my work to make it easier.  Unfortunately, most of the film and TV stuff we have done is just a single scene or two here or there and it is hard to find a common image they will all know and remember.  I then mention our work in car commercials and then Subaru Crosstrek and a lightbulb always goes off.  It seems that everyone saw that commercial and LOVED IT!  They remember the scenes and can picture our unique view from the drone. It all clicks in that moment and I can feel like I have contributed in some small part to mankind’s great creation in the universe.  Me, I hope they keep playing that commercial…

Life is good.  Drones are great!