Drones and Flying Cameras In Film & TV – Past, Present & Future 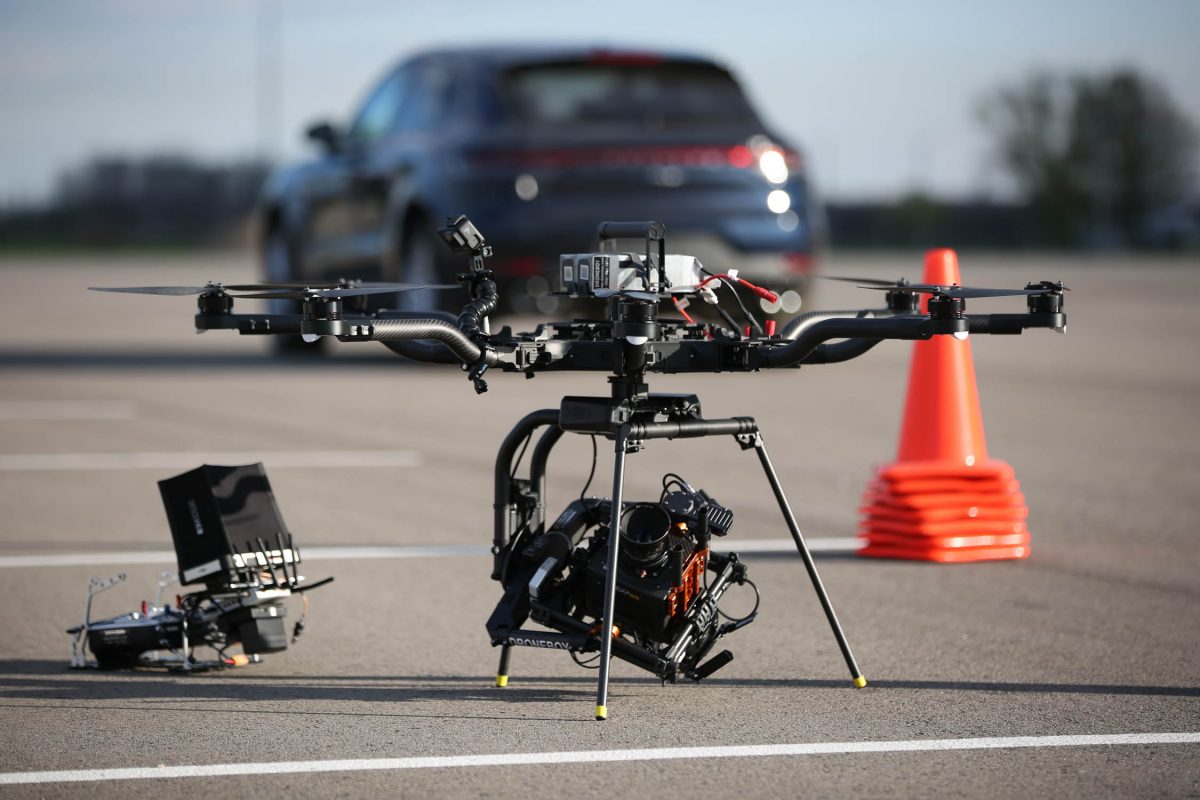 Looking back over the past few years I see a dramatic increase in the quantity of high end film and TV work that me and my DroneBoy Team get asked to participate in.  This is great news for everyone in the industry! In the old days, it was only a single show here and there where Production was trying to do things a little differently, spice up a single episode or a Director wanted to “experiment with these crazy new drones” by asking us to implement a dynamic aerial perspective on their shoot.  Now just about every film, regardless of genre, calls for our type of services.  If we are lucky enough to get on a TV series, we are usually in every episode of a season.  In fact, very few films or episodic TV series don’t use our type of specialized flying camera services in one way or another.  It is great for business but I feel it is also symptomatic a bigger change in how audiences have come to expect to experience content. And all this is because of our little (and big) drones…

Since drones (UAVs, RPAS, UAS– pick your aeronym here) stormed onto the scene just over a half dozen or so years ago, aerial cinematography, helicopter shots and other iterations of “flying camera” moves have become a staple in almost every Director and DP’s toolkit.  We work seamlessly with theatrical acting and dynamic live action.  We provide unique perspectives of the location or the sets.  We work with the visual effects (VFX) team shooting plate shots that they use to build their amazingly creative worlds on top of. We can even fly and capture shots indoors! 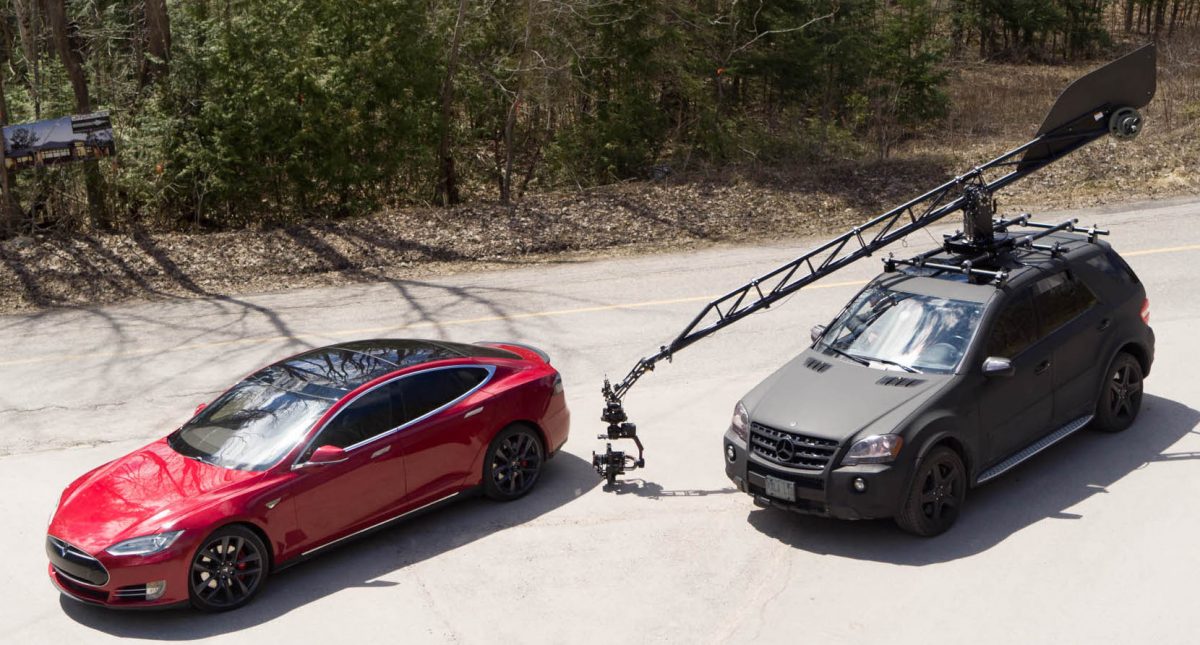 In an earlier time our dramatic flying shots stood out because they would pull the audience out of the static “locked off” world.  Now motion is everywhere and the action flows seamlessly from the steady cams, MoVIs and Ronin gimbal rigs below to our TERO RC car,  “arm cars” including the famous Russian Arm right up to our drones, cable cams, helicopter shots and now even further to jet aircraft with glorious three axis stabilized Shotover and Ciniflex heads flying high above.  Awesome!  And, yes, all this is making me VERY excited for the new Top Gun slated to come out this summer! 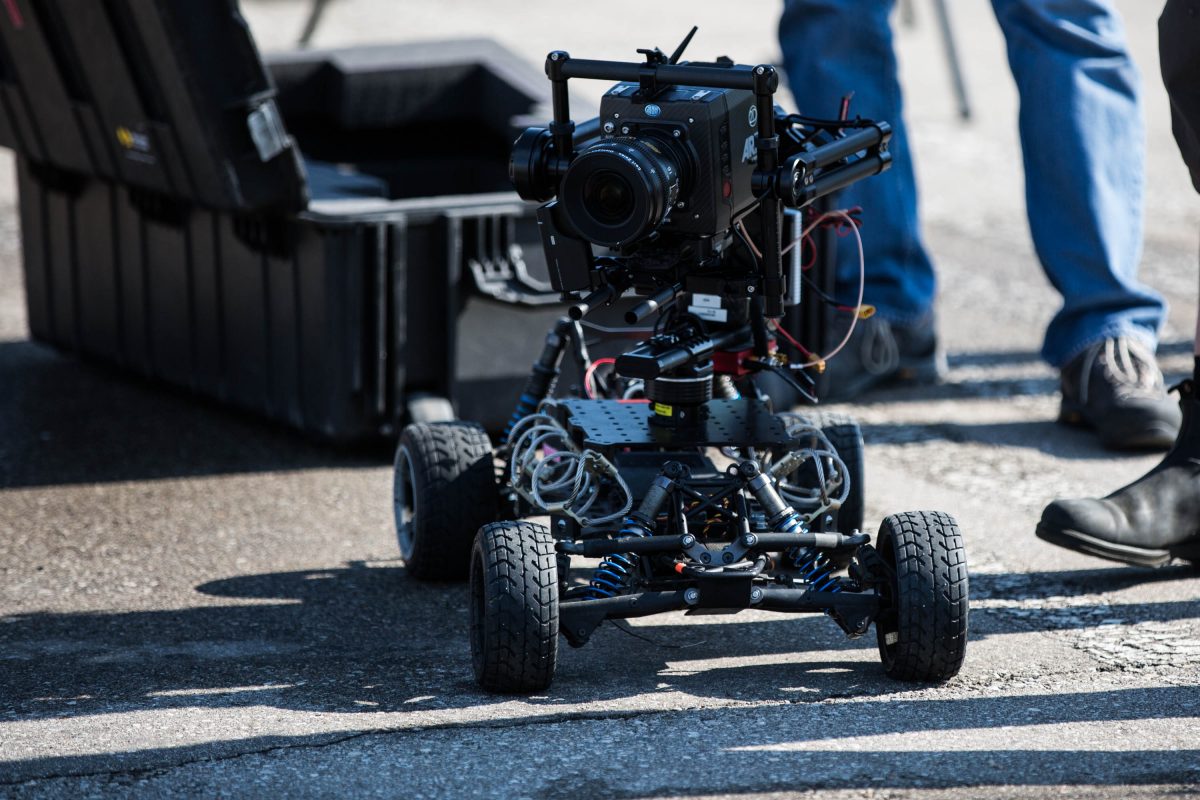 People sometimes ask me if I feel bad for the helicopter film guys because they think our drone based camera systems have absorbed much of their work. I don’t think this is true at all! If anything, drones have helped create a bigger appetite for motion shots of all types.  People expect flying camera angles and the Drone Team is just a part of this new, dynamic moving camera perspective.  I tell people that we cover the altitudes from 0-400 feet AGL best with our drones and after that it is up to the other technologies to do what they do best.  As of yet, drones don’t fly over multiple mountain ranges or from one side of a city to the other.  Yes, the technology and the regulations are always changing but right now this is definitely the case. 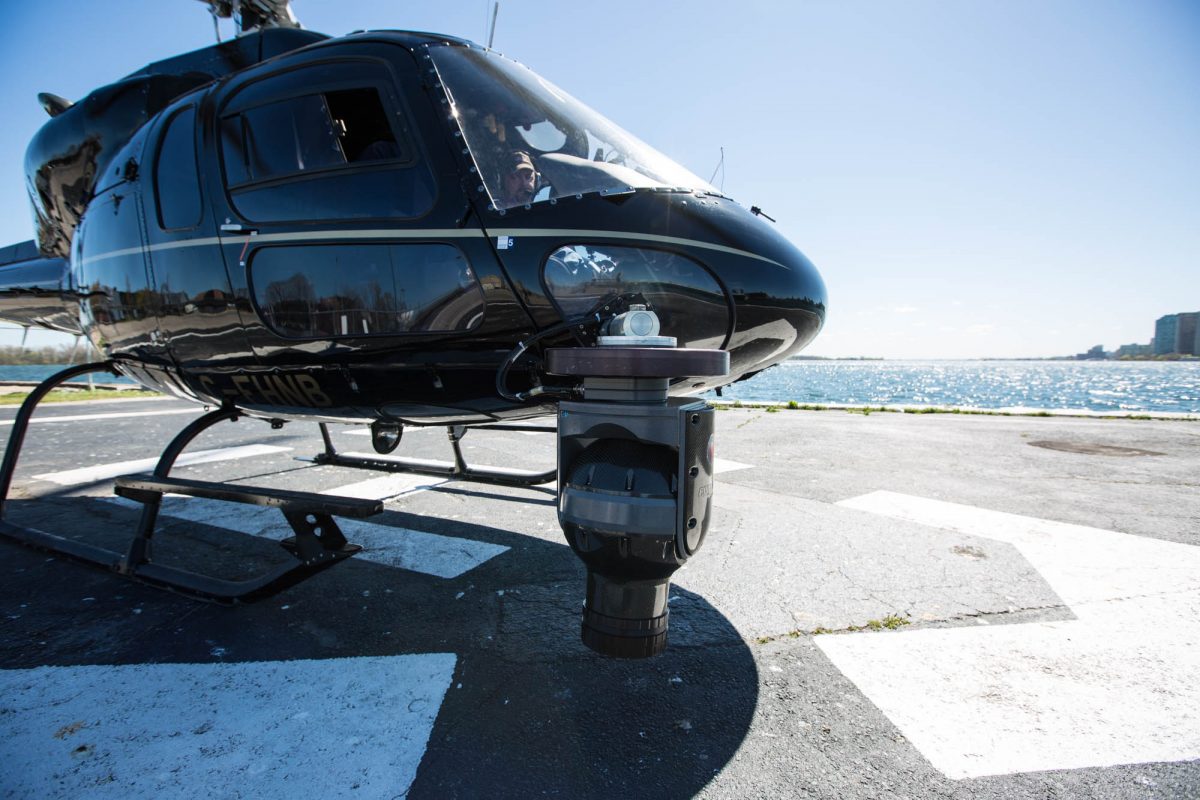 If we are lucky my Drone Team and I get to assist with the helicopter camera shots which is amazing.  After all, a helicopter is just a REALLY big drone and moves in all the same ways.  It just flies higher, faster and burns fossil fuels instead of electrons.  Both are awesome aerial cinematography tools!

I see “flying shots” everywhere and I always take note of them but I work in film as a drone Pilot and this is my thing.  When I ask my friends and family what they think of a shot or scene that features dramatic “flying” aerials I find they rarely comment or care about the technicality of how it was captured.   Nor should they.  They just enjoy the way it looks and “feels” on the screen and think not of the work that went in to it (must be nice).  This flying, omnipresent “God like” perspective that is so mesmerizing is now absolutely accepted and expected.  It is good for business and an awesome new way to view the world. 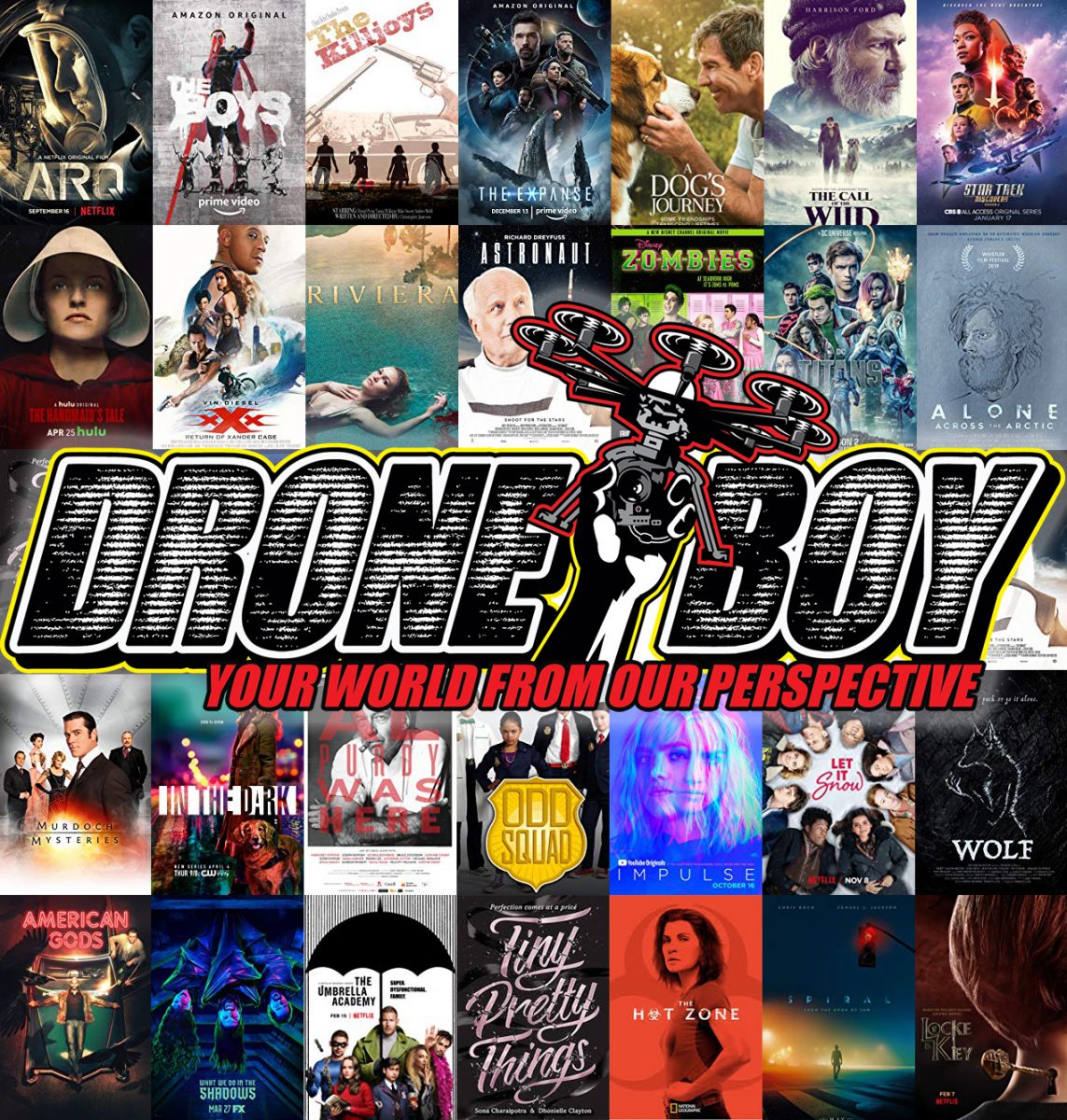 JUST A FEW OF THE PROJECTS WE HAVE WORKED ON

I do have to wonder at the evolution of all this.  What technology, camera perspective, physics defying platform or image capture magic comes next?  And then how will that technology turn the industry on its head and what amazing impacts it will have our creativity and the stories we can tell.  Bring it on.  I can’t wait to experience it!