Ever since I first got involved in drones nearly a decade ago operations directly over the public have not been allowed.  Even now, with the 2019 regulation rewrite we have only been able to get as close as 16.5 feet horizontal separation to the public, not directly overhead! Yes, we have always been able to fly over cast and crew on secure film sets and over other closed, safe and secure niche markets but only after everyone had been thoroughly safety briefed and taken all appropriate safety precautions and that only applied to a very small number of the industries we serve.  Yet we get calls every week where we are asked to fly over the public for jobs and in these instances, we always modify the mission to work within the regulations OR we pass on the job.  Until now that is…

Transport Canada made a wise choice in implementing these regulations.  One of drones “dirty little secrets” is that sometimes (a very small sometimes) the technology fails and drones fall out of the sky. Safety is and must ALWAYS be our number one concern.  Getting your shot is optional.  Doing it safely is NOT!

Now, for the very first time ever we can offer our clients safe, legal and compliant drone operations directly OVER the public.  How do we achieve this?  We have implement the new Indemnis Parachute Recovery Systems on key units in our fleet.  Now we can fly directly over public sporting events, City squares and even public streets and sidewalks.  Of course, we still need to follow all the other regulations while acquiring these shots but we now have a lot more options that we can offer our clients which is great! 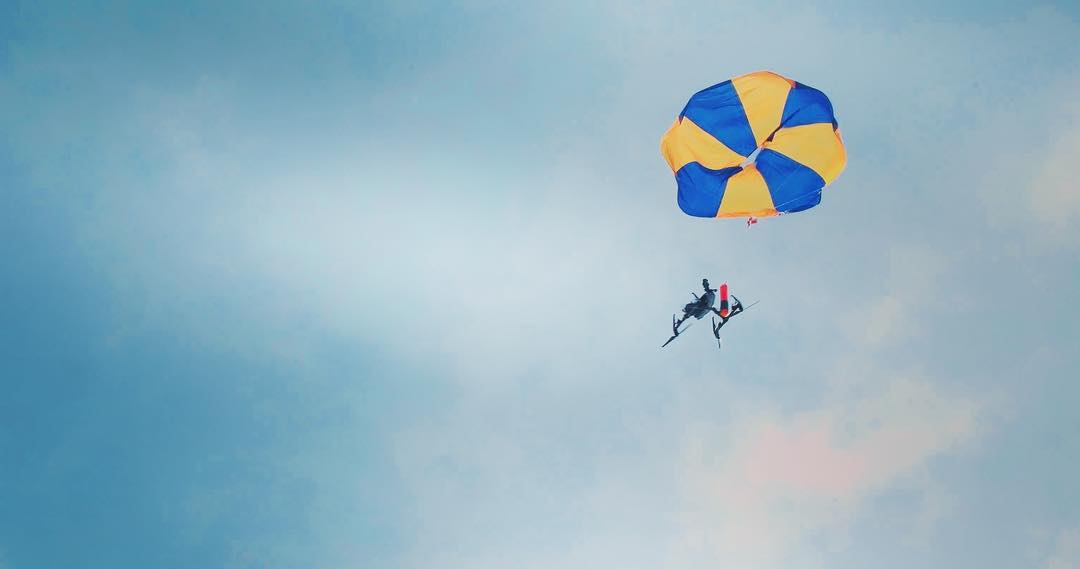 How does this system work?  When drones fails, it usually happens one of two ways.  Either a motor, propeller or major system fails and the drone simply drops out of the sky or the drone becomes unreliable and uncontrollable and crashes.  For scenario number one, the drone goes into freefall this system is smart enough to sense this through barometric sensors (altimeter) and it automatically deploys the parachute system.  In scenario number two we shut the system down and the system either auto deploys or we can deploy it manually from an independent system controlled by our Team on the ground.  Either way, even in this worst-case scenario everyone is safe.

On the legal and licensing front, our drones that have the Indemnis system attached get a new registration (C-Number) from Transport Canada with a new certificate with a checkbox next to flight “Over People” stating that this is allowed. Amazing! 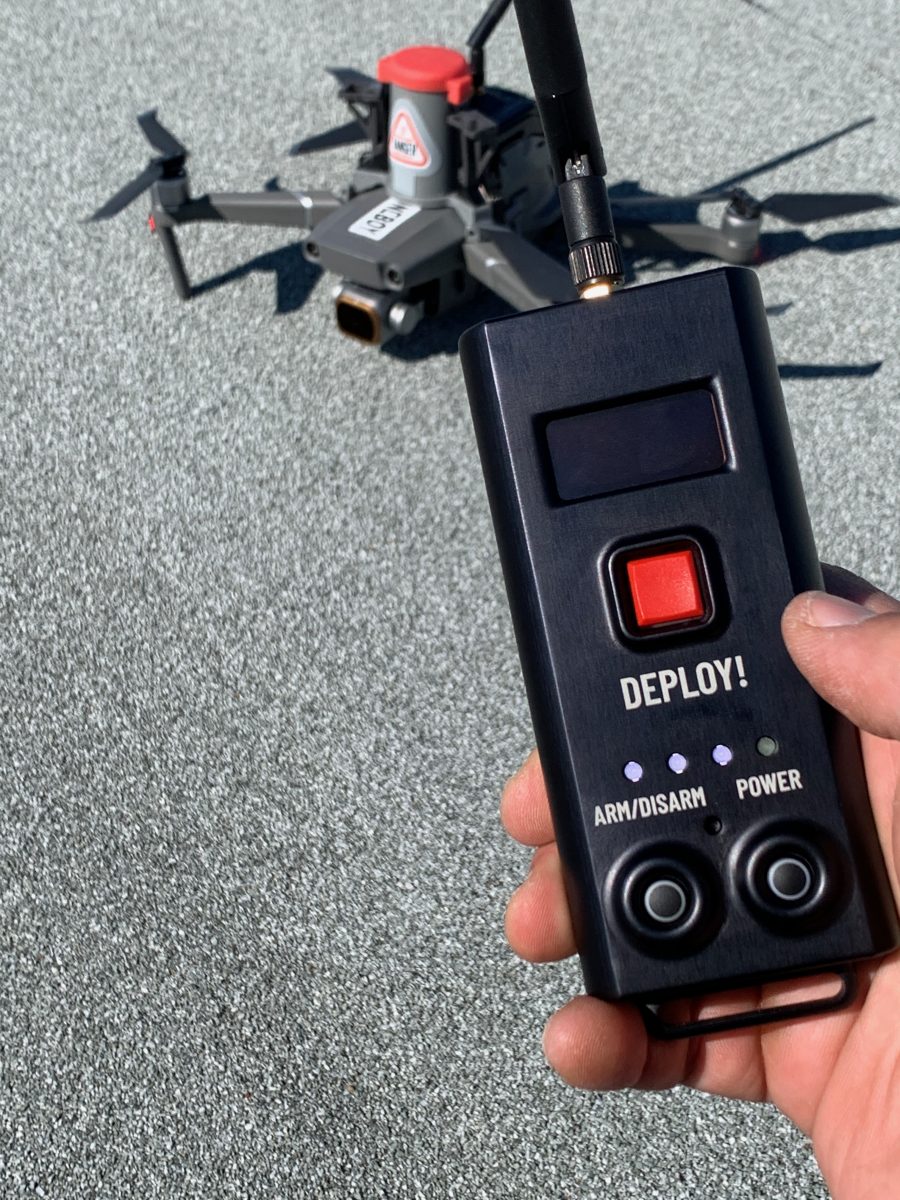 Currently we have this system available for legal flight over the public and these are our Inspire 2s and Mavic2 PRO drones.  There is an additional charge for this service.  Contact us today to learn more about the Indemnis Parachute Recovery System, legal drone operations over the public and anything else to do with drones